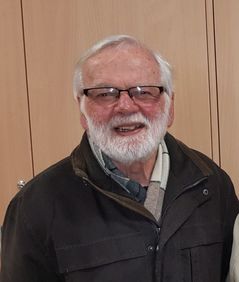 The Association for Supervised and Clinical Pastoral Education in Victoria Incorporated acknowledges with great sadness the news of the death of The Reverend Roy Algernon Bradley OAM on Saturday 26 August, 2017.  Roy was 91 years of age.  Roy died suddenly following a very brief admission to the Austin Hospital.  Roy had met with his supervisory peers for lunch on the previous Thursday.  Roy continued to be committed to Clinical Pastoral Education to the last, attending the functions and activities of the Association as much as he possibly could.  Roy's last attendance at the Peer Supervisor Education Group on 24 June at Peter MacCallum Cancer Centre, his first visit to the new Centre since its re-location in June 2016, is a memory I will personally treasure.  Roy was the founding father of Clinical Pastoral Education in Australia and New Zealand, beginning CPE at the Austin Hospital in Heidelberg, Victoria in 1967.  Roy has continued to be a mentor and inspiration to so many since that time.  Our deepest sympathies are extended to Roy's wife Margaret, and to their children, grandchildren and great grandchildren in their deep loss.  In a thank you card for the occasion of his 90th birthday Roy wrote, "My involvement in CPE has brought me much joy particularly in the relationships with so many peers."

Please find attached the eulogy given by Gillian Henderson, Clinical Pastoral Supervisor with ASACPEV Inc., at a very moving Requiem Eucharist and Service of Thanksgiving held in honour of Roy at St. Philip's Anglican Church in Collingwood on Monday September 4.  Roy's wonderful pioneering work has also been honoured with a tribute page on the website of the Australia and New Zealand Association for Clinical Pastoral Education.

​Roy Bradley was a pioneer. He was the first Australian Minister of Religion who had been educated and accredited as both a Healthcare Chaplain and CPE Supervisor in a sophisticated clinical training programme developed in the USA. With the assistance from a Fulbright Scholarship Roy gained specialized Clinical Pastoral Education in a South Carolina State Psychiatric Hospital in 1964 - 1965 and followed this with a year of CPE Supervisory training with Armen JorJorian at St Luke's Medical Centre in Houston Texas.

Roy returned to Australia in 1967 and was appointed by the Anglican Church to the Austin Hospital, Heidelberg where he set up and conducted the first unit of CPE. Roy attracted to that programme three participants, the minimum required for the programme to be registered with the Association of Clinical Pastoral Education (USA). Each of the participants in this historical CPE Unit were experienced Anglican Priests, two of whom travelled from New Zealand to undertake the training.

In 1974 Roy conducted the first fulltime CPE Supervisory Training Programme in Australia. The programme included Drew LeLean, a Methodist chaplain at Larundel and Mont Park Psychiatric Hospitals, Graeme Gibbons a Presbyterian who later succeeded Roy at Austin Hospital, and Jack Rodgers an American Baptist Minister who later returned to the United States and retired early this year from his position as chaplain to the Philadelphia Children's Hospital. Late in 1974 the supervisory training group was joined by John Paver and Stephen Ames.

Roy left the Austin at the end of 1974 for an overseas visit to be followed by a move to Western Australia where he pioneered CPE programmes at the Royal Perth Hospital. In later years Roy developed CPE programmes in Darwin, Hobart, Ballarat, Albury and Warrnambool and supervised in CPE programmes with ITIM and the Mercy Hospital for women.

In 1987, the Association President, the Reverend Dr Stephen Ames presented to Roy a special award recognising his work in pioneering CPE programmes in Melbourne, Perth, Darwin and Hobart, Ballarat, Albury and Warrnambool. The beautifully hand inscribed certificate was individually prepared and honoured Roy's outstanding contribution to CPE in Australia. Following his retirement from supervision of CPE programmes Roy continued within ASPEA Inc. as an Independent CPE Supervisor, providing Supervisory Education for a number of CPE Supervisors in Training.